On water performance does not disappoint

The prowler 13 is a fishing kayak classic and the large amounts of storage makes it an excellent choice for overnight camping trips.

While no longer being sold, they are surprisingly common on the used market.

The Prowler 13 does the basics well. It has one of the best performing hulls of any fishing kayak, it can handle rough water and even some light surfing. The ride is actually quite comfortable and relatively dry, the scuppers quickly drain any water which gets into the footwells.

The 13’4″ (4.1m) hull gives decent speed, but I have never paddled a time trail in it. My best estimate in calm conditions the cruising speed is a little over 4mph.

I once went on an overnight camping trip with four sea kayaks of various lengths. At cruising speed, the prowler 13 can keep up.

The paddler’s fitness more than the speed of the hull determined the pace. They did not leave behind me. On other trips, I could easily keep ahead of a couple of Viking Reloads, another fishing kayak known for its on-water performance.

The Prowler 13 has a decent molded seat. So a padded seat is not essential, but it adds comfort. I have forgotten my seat a few times but could still get out fishing. The standard set is a bit basic, I use and am happy with the GTS elite molded foam kayak seat manufactured by SurftoSummit. The overwhelming number of generic imitations now available on Amazon suggests they were onto a winner. After 15 years of abuse paddling both salt and fresh, my seat is still going strong.

There is an optional rudder, I personally can handle it just fine without the rudder. It responds well to directional strokes and I do not struggle too much keeping a straight line fighting against the wind or current. On the other hand, many paddlers value the increased mobility offered by their rudder.

In a world where fishing kayaks now often exceed 90lbs. Where back injuries are risk hauling them onto the roof of a truck. Weighing just 56lb the relatively lightweight Prowler 13 is okay to carry. A survivor of an era when fishing kayaks were not packed with every add-on imaginable.

The prowler 13 comes with two rod holders, but it is easy to install more. I personally installed one at the front. Three rods are enough in my experience, especially when the fish are biting.

There is a large back storage well, in which I normally put an inexpensive ice bin. I do not need to keep my fish cold for longer than a day. Between the legs, there is a small storage hatch. Well suited for storing lures or holding a packet of bait. In theory, it is watertight, but in my experience water eventually finds its way everywhere. Upfront there is a large hatch that opens into the hull, as fishing kayaks go it has a lot of space for camping gear.

How does the Prowler 13 perform when trout fishing?

I have caught a lot of trout from my prowler kayak. My rigging setup is simple. I installed a single Scotty Rodholder upfront. On the side, I made myself a basic running anchor system which allowed me to position the anchor at either the bow or the stern.

While I never use a bottom anchor while trout fishing, I sometimes deploy a drift chute/sea anchor to slow down my drift if the wind is blowing me a bit too fast.

My local trout fishing regulations permit one rod to be fished at a time. So, I only take a single spinning rod and reel with me. While paddling, I store the rod behind me in one of the flush-mounted rod holders, in the other, I keep my landing net. In the hull, I sometimes keep my fly rod and reel for when I decide to land to stalk the shoreline. With care, I can transport both halves of my 9ft Sage inside.

When trolling, I normally start with the rod in front of me so I can observe the vibrations. If I am pleased with how the jerkbaits appear to be running, I transfer the rod to the back-facing mount. If targeting brown trout, I find I only need to stroke about once every 5 seconds or slower. A very relaxed pace my prowler just glides alone.

I rarely use my fish-finder while targeting trout, most of my trout fishing is in quite shallow water, and being directly overhead would most likely spook the fish.

How stable is the Prowler 13?

The stability is good; it is a very stable fishing platform in all but the choppiest of conditions. In all my years of paddling Prowlers, I have only capsized once. That day a mate and I were out fishing on an exposed peninsula when a powerful storm front caught us off guard. We retreated to shore sheltering from the downpours and hail in a small cave.

The storm front blew through in minutes. In its wake remained large swells rolling into the bay, we launched smashing up and over, and all was fine until what might have been the biggest wave I have ever paddled towered towards me. Digging deep, I forced all my power into my stroke and my kayak slowly climbed an ever-increasing wall of blue.

Within yards of cresting my kayak went vertical rolling over backward. No brace stroke could have prevented it. I was pleased to be wearing a wetsuit and to have my equipment securely stored inside the hull. My mate was also swimming much nearer the shore. He had a lot of floating gear to collect. I am unsure if any kayak could have climbed that wall of water.

In normal fishing conditions, I have never questioned its stability. Stable enough to stand, but the uneven floor makes it uncomfortable. I am quite tall at 6’4”, maybe shorter paddlers will find standing more comfortable but the sloped footing still remains.

The prowler 13 | maybe the best fishing kayak for camping

If you want a fishing kayak, where you can paddle up a lake or down a river to set up camp at a sheltered beach. Then the Prowler 13 is a great touring kayak. The front hatch seals tight, and inside there is a lot of room to store camping equipment. While the seal around the hatch is good, I still recommend using dry bags. It is not perfectly dry inside. The front hatch also easily holds a fly rod and tube. I even had very long land based game fishing rods inside before. The capacity is excellent.

It does lack a large center hatch, these large hatches are good for storing large fish or rods.

I mentioned it previously, but it is not really suitable for standing and fishing.

There are no bulkheads. So if you lose the hatch cover, the entire hull can flood. Even then the kayak might not actually sink but it would be swamped and nearly impossible to paddle. Some fishermen do put airbags or foam tubes inside as added insurance.

The Ocean Kayak Trident offers a similar hull design, but with a lot of extra bells and whistles. Retail price is around $450 more expensive and depending on length they weigh around 79lb.

While I have not had the pleasure to paddle one, I have read a lot of good feedback regarding the Wilderness System Tarpon 140. Its dimensions are very similar to the prowler 13. It comes with a more ‘advance seat’ and weighs in at 68lb. The tarpon does not come with rod holders, but they can be easily installed.

Below are my favorite seven lures for catching trout while trolling. These are the lures that have brought me my most consistent success in catching trout. I mostly troll in shallow or medium-depth rivers and lakes. I never really target trout in very deep water. But when I do, I still use the same lures… Welcome to my guide on how to paddle a fishing kayak faster. There are many reasons why you might want to paddle faster. Maybe to spend more time fishing and less paddling? or simply keep up with faster mates on the water. In this guide, I will share my knowledge from kayak racing on sneaky… 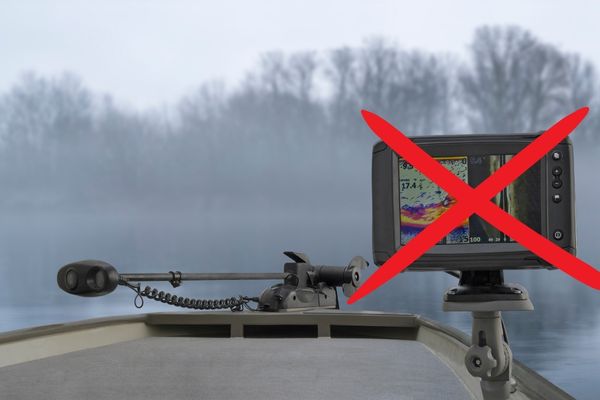