Many of us think of trout as freshwater fish, but they are quite capable of surviving in seawater.

In fact, many trout choose to spend many months of the year out at sea where they grow large on the abundance of food available to them.

These sea-run trout typically only return to the river to spawn, and many migrate back out to sea once spawning is complete.

The Different Types of Sea Trout

In North America, the most famous sea run trout is the Steelhead, which are rainbow trout that have decided to migrate out to sea.

Staying in North America both cutthroat and brook trout also venture out to sea at times. The sea run brook trout are called Salters while the sea living cutthroat are known by several names but probably most commonly as Coastal Cutthroats.

Due to habitat destruction, and competition from introduced species both Coastal Cutthroat and Salters are rare.

In Europe, and in most places where Brown trout also have a sea run form commonly called a Sea Trout, in North America, they are often referred to as Sea Run Brown Trout to avoid confusion with another fish also known as a Sea Trout.

Catching Trout Out At Sea

It can be difficult to catch sea run trout while they are in the sea because they can spread across such a large area.

However, it is usually possible to identify areas they are more likely to accumulate.

My two favorite areas to target sea trout is off the mouth of rivers. Trout often gather there before migrating back upstream. They often rest in holes where they can avoid the worst of the current.

Trout can also sense freshwater flowing through gravel, so they will mass outside a river even if it is not open to the sea. At certain times of the year blind river mouths can actually be very productive.

I have also encountered them near an area where many springs drain through a gravel beach. They seem to maintain a fondness for freshwater even when out at sea.

There is a lot of water to cover so I prioritize distance when selecting my tackle.

I want to cast as far as possible, and cover a large area with every retrieve.

I mostly fish with kastmaster style lures. They cast well and are readily available. One downside to this lure is that the trout at times can use the lure blank as a weight to assist in throwing the hook. Although this can be minimized by maintaining pressure throughout the fight.

Another option, which is more difficult to find are line thru lures. These are very popular for targeting sea trout around Scandinavia. The advantage of this design is that the lure blank is separate from the hooks preventing the trout from using the mass of the blank to throw the hook.

Fly fishing for Trout at Sea

Fly fishing is very difficult from the shore simply because it usually lacks the distance to reach where the trout are holding.

It is nearly a waste of time off a surf beach. I also have found that the abrasive nature of water in the surf zone is very damaging to fly lines.

If you want to fly fish, it is nearly always essential to find a way to reach the fish. This might be by wading out when safe, or by casting from some sort of boat. Sometimes it is possible to cast from rocky points or breakwaters.

When fly fishing, I always use a large streamer with plenty of movement. The sea is not the place to fish dries or tiny nymphs. 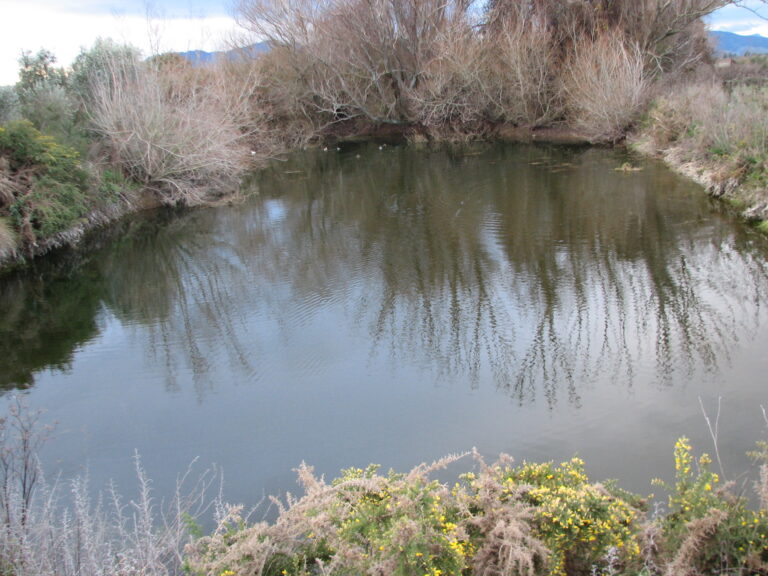 The largest trout in the world, are rarely caught by rod and line, most met their fate in commercial nets or been found floating dead on the surface. Some example is a net caught 102lb Lake trout caught in Lake Athabasca, Canada, and a 75lb brown trout netted from Lake Attersee, Austria. The largest rainbow…